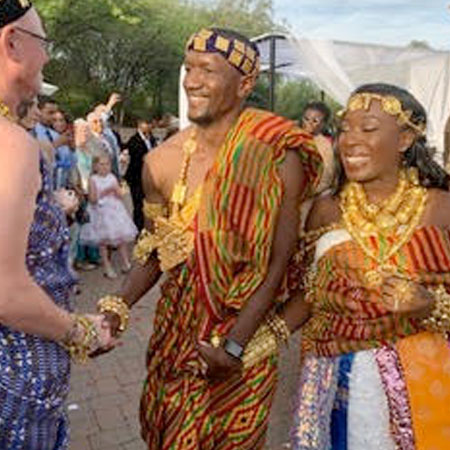 Born and raised in the Central African Republic, Rhossy Ouanzin Gbebri immigrated to the United States in 2016 at the age of 21 years old. As a former Ambassador for the College of Humanities, He completed his bachelor’s degree at the University of Arizona in December 2020, double majoring in political science and French. Since graduation, he has been working with the Department of Economic Security’s Unemployment Appeal Office as an Appeal Agent. He is also involved in the Tucson community by volunteering with the Lutheran Social Service Refugee’s Mentoring Program since October 2019. He later became an ambassador for the Program.

Rhossy is planning on attending Graduate school in Fall 2021 at the American University or the University of Arizona to pursue a Master of Arts in International Relations with an emphasis in International Peace and Conflict Resolution or in legal studies with an emphasis in Criminal Law and Policy. He is currently undecided as to which program he will choose but hopes to choose soon!