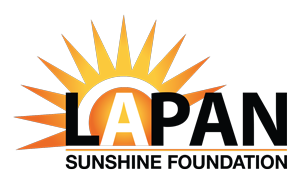 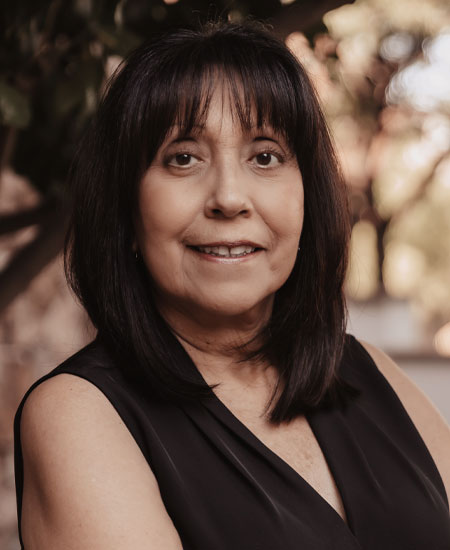 Lucy transitioned to her second career with the Lapan College & Career Club in 2008 after a 30 year stint with the Tucson Unified School District (TUSD) working as the financial manager of all State/Federal and Private funding.

Building on Patricia Lapan’s idea of $50 for every “A” for students in 6th-12th grade, Lucy and her team incorporated their experience and the relationships developed from decades of working in the Wakefield community to address the systemic, socio-economic, academic, and cultural challenges that prevent students from taking full advantage of the Lapan Foundation’s unique offer.

Her job encompasses everything from strategic planning and program design to teacher, counselor, cheerleader, gardener, dreamer, advocate, coach, surrogate parent, and detective. “It’s the personal relationships and being able to stay with the kids from 5th grade through their postsecondary graduate studies that makes this job so fulfilling,” she reflects.

This Tucson native, raised in the small mining town of Silver Bell, Arizona majored in Business Administration at Pima Community College and the University of Phoenix and has spent the majority of her career working in education.  She became a successful business owner in her early twenties, a policy wonk with TUSD, and finally a mentor to mentors with the Lapan College & Career Club and finds her greatest pleasure in helping economically and academically disadvantaged children from the inner city overcome every barrier to realize their God-given potential in a global context. 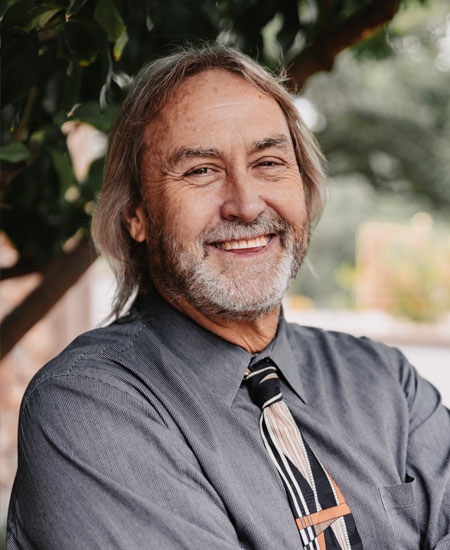 Director of Media and Special Projects

Alan was born in Princeton, New Jersey but raised in Latin America, graduating from Colegio Nueva Granada in Bogota, Colombia.

He worked as a Science, Journalism and Video Media Teacher and Title I Family Liaison at Wakefield Middle School for 25 years before joining the Lapan College & Career Club team after volunteering with the Lapan Foundation for seven years.

Alan has a degree in Anthropology as well as Secondary Education from Wheaton College in Chicago. He served in the Dominican Republic as a community development volunteer and then in Sonora, Mexico as the Country Director for Food For The Hungry, Inc.'s relief and development operations in Mexico before coming to Tucson in 1990.

As the Director of Media & Special Projects with the Lapan College & Career Club, Alan supports the efforts of the team by collaborating with the Executive Director in program design, implementation, and evaluation, providing technical expertise, producing publications and didactic materials, and documenting the mentoring program through photography and data collection. 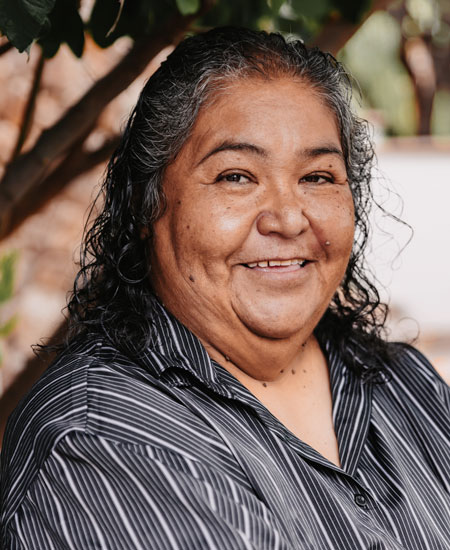 Dina Mendoza was born and raised in Empalme, Sonora, Mexico. She studied Social Work at the University of Sonora before moving to Tucson where she married and volunteered at her son's elementary and middle school; Hollinger and Wakefield.

Noticing her talents and dedication, the Lapan College & Career Club invited Dina to join the staff. Her knowledge of the community, her commitment to the mission of the LCC, and her dedication to students; including her son who is currently a Lapan student at the University of Arizona and Pima College, makes her an especially effective resource in working with students and families from the community.

Dina helps to manage the activities of the Lapan programs, prepares and organizes equipment for the soccer league, helps prepare mailings and serves the team in outreach meetings to the community. 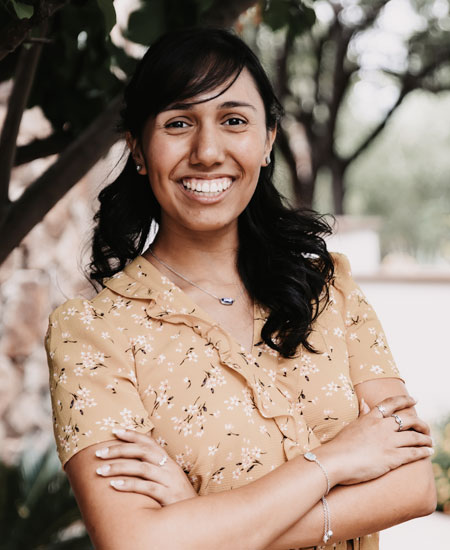 Jessica is a recent graduate of the University of Arizona. She became a Lapan College and Career student when she attended Wakefield Middle School. Her passion is to serve the community she grew up in. During her undergraduate, Jessica mentored students in both middle school and high school through the club’s mentorship program. She also served as a backstage manager for a winter performance of Bill.

While at the University of Arizona, Jessica studied Elementary Education and understands the importance of providing quality education to all students. She firmly believes that each student has special gifts to offer the world and the Lapan College and Career Center is a resource to help them explore their talents. Jessica is working towards her Master’s degree at Arizona State University in Literacy Education.

As the Executive Assistant, Jessica helps with the clubhouse operations. She enjoys building relationships with students and their parents by helping with the afterschool programs but also delights in learning about all the hard work that goes into making the College and Career Center a wonderful place to be. 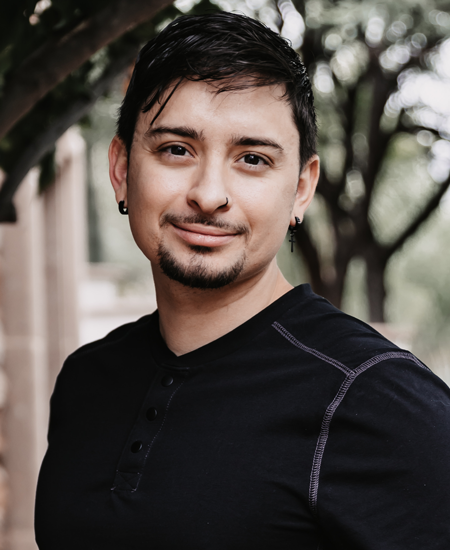 Andre "Dre" Olivas is a United States Marine Corps veteran and is certified as an audio engineer. While furthering his education at Arizona State University, he joined the Lapan College and Career Club as a music teacher and soon after became more established as the Program Assistant.

He believes that every child has unlimited potential, and is thankful to be in a position where he can help assist them in their growth. Dre continues to oversee the music program and works together with his team to ensure that the foundation continues to grow, provide, and stay up to date with today's ever-changing culture. 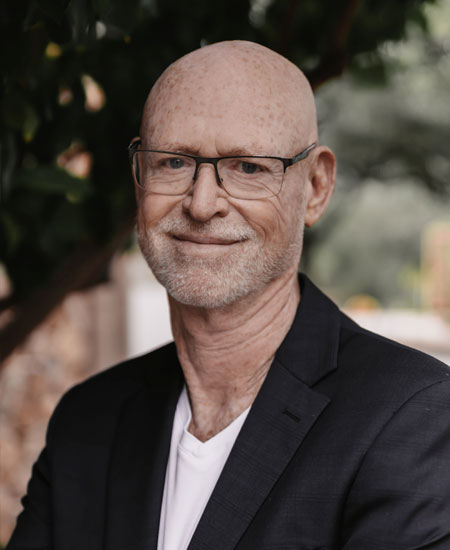 Dr. David Lapan firmly believes that everyone deserves the opportunity for an education if they are willing to work for it. David was born into a military family in Germany but early in his life his Pediatrician dad and nurse mom moved to Oakland, CA where he grew up. David was one of three brothers; Peter and K.C. who both died young and are large inspirations for the family’s philanthropic work.

The Lapan brothers were instilled with a hard work ethic from an early age. David worked various jobs from picking apricots, selling encyclopedias and janitorial jobs. David attended UC Berkley for his undergrad education and the University of California San Francisco for medical school. David headed to the South West for his residency and fellowship to land in his forever home of Tucson.

Dr. Lapan has been a Cardiologist for more than 40 years in the Old Pueblo. He was a founder of Tucson’s largest cardiology group, Pima Heart. He has also served as a hospital administrator. He currently works a small cardiology clinic while working on the family's real estate ventures.

As one of the founders of the Lapan Sunshine Foundation, he has served on the board of the Foundation since its inception and oversees the management of the Foundation's endowment and yearly budget. He takes an active leadership role in the development of the Foundation's programs and mission. He visits the Lapan College & Career Club (LCC) on a weekly basis to interact with the students and to keep his finger on the pulse of the programs. In addition to LCC, the family supports various world charities, helps outstanding students with graduate and postgraduate scholarships, and supports NCAA athletic programs.

David enjoys spending time with his wife, Jackie, and their 6 kids: Lisa, Dana, Kasey, Katie, Olivia and Tillman. David and Jackie, when not at the clubhouse, are traveling, working out, going to country concerts and watching sporting events. 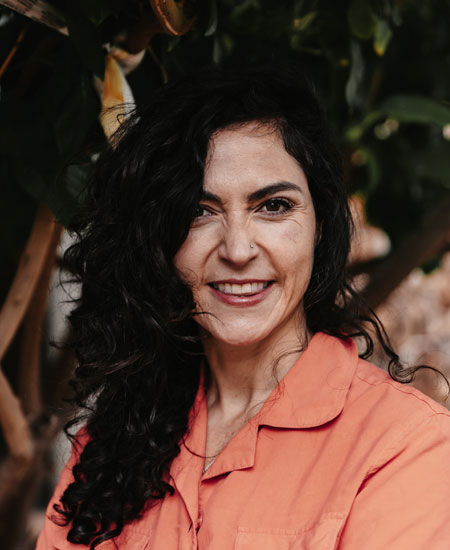 Like her grandmother, Lisa Lapan has had a multi-faceted career trajectory – spanning from the entertainment industry, to law, to real estate, to non-profit work and group facilitation.

She began her career in the entertainment industry, working at a talent agency and for Broadway producers, where she produced among other projects the Broadway production of Martin Short’s Fame Becomes Me. After graduating law school, she practiced at the premiere entertainment firm Hansen Jacobson, representing primarily writers and producers, before returning again to producing under the production banner Something Kreative, producing multiple films and television shows.

While she continues to produce passion projects today, she now primarily works for the Lapan family; managing their portfolio of real estate properties and investments, and serving as the board president of the Lapan Sunshine Foundation. She is a certified facilitator in the relational mediation practice Circling and leads workshops in self-development.

A graduate of Northwestern University and UCLA School of Law, she currently resides in Santa Monica, CA, and joyfully returns to Tucson every few months to visit the students at the Lapan College & Career Club. 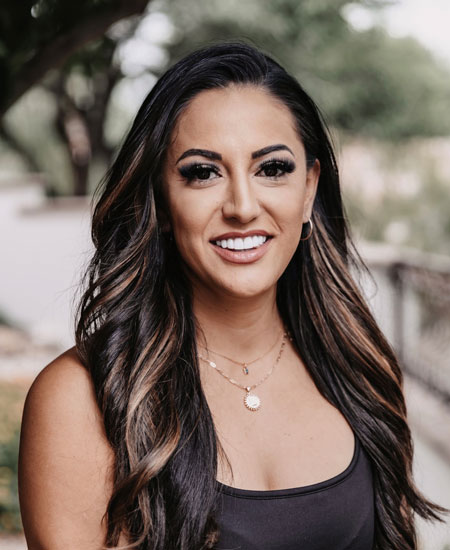 Jackie Lapan believes that every child given the opportunity has the opportunity to be anything they want to be. As a first-generation college graduate, she personally believes in the mission of the Lapan College & Career Club. A Tucson native and daughter of a Wakefield graduate, she has a huge heart for her hometown.

Jackie attended Arizona State University on a softball scholarship and was a member of the 2008 National Championship Softball Team. During her time at ASU she was an all-American, academic all American and the Pac-12 scholar athlete of the year. Her time on the field taught her valuable skills like teamwork, leadership, and work ethic.

Jackie continued her academic career as a graduate assistant at Missouri Western University where she received a Masters Degree in Education with an emphasis in autism. While in the Midwest she owned her own softball academy and coached high school girls preparing them for the collegiate softball experience. Before Jackie left Missouri, she registered her first therapy dog, Reba, and began volunteering with her at the Kansas City Ronald McDonald House.

Jackie always knew she would return to Tucson and her family.  Jackie worked as a special education teacher in TUSD for 6 years before entering the nonprofit world. Jackie was the Executive Director for Gabriel’s Angels of Southern Arizona, a Tucson nonprofit that provided healing pet therapy for at risk youth.  Most recently, Jackie was the National Director of Field Relations for Pet Partners, a national nonprofit that registered therapy animals. It was through Jackie’s work with therapy animals and the creation of the Lapan College & Career Club’s first ever therapy animal program that she learned about the clubhouse and met the love of her life.

Jackie is currently the CEO of the Lapan Sunshine Foundation, Inc. In her role, she works closely with the Director of Strategy and Development to help grow the presence of the foundation throughout the community. Jackie is married to David and together they share 6 kids. The Lapan’s have 3 dogs who are certified and work in the therapy animal program; Reba, Walter and Tova. In her spare time, she loves to run, eat, travel and attend country concerts with her husband. 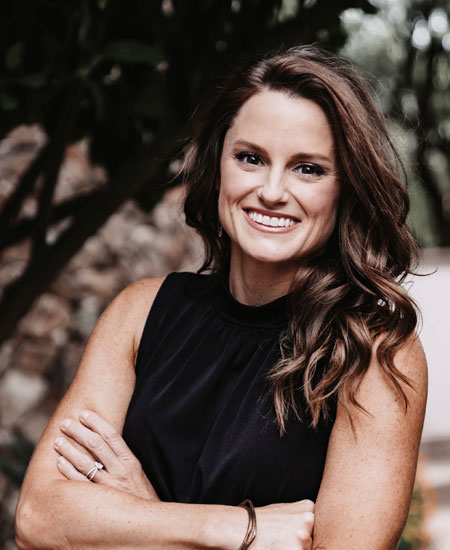 Director of Strategy and Development

Stephanie has joined the team as our Director of Strategy and Development at the Lapan Sunshine Foundation, Inc. Prior to her joining the team, she served as the Director of Marketing for Casas Adobes Oral Surgery here in Tucson, Arizona, where her duties included overall business relationship development and marketing strategy creation. Stephanie relocated to Tucson because her husband accepted the Assistant Vice President-Chief Operating Officer position at the University of Arizona.

Prior to her Casas Adobes Oral Surgery marketing position, she served as the Vice President for Commercial Lending at FirstBank in Nashville, Tennessee.  Stephanie was recruited to this position by FirstBank after opening her own financial practice as a personal financial advisor with Northwestern Mutual Nashville in 2015.

Before working in the financial advising business, Stephanie was the head softball coach at Austin Peay State University, an NCAA Division I institution, from 2012-2015.   While at Austin Peay State University, she was responsible for overall management of the program, which included recruiting, fundraising, budgeting, mentoring, and ensuring overall program success.

From 2007-2012, Stephanie served as the assistant softball coach at Colorado State University-Pueblo.  During her initial year at CSU-Pueblo, she also served as program coordinator at The Ridge Academy—online high school that gives students with special “circumstances” an opportunity to graduate and get credits to complete their high school diploma.  Her responsibilities included meeting with school officials weekly to determine how to best support and help students to graduate from high school. During her stint in Colorado, Stephanie also received her masters in Education, emphasis in integrating technology into the classroom.

Stephanie grew up in Nashville, and was a collegiate DI softball player at University of Tennessee at Martin.  She graduated in 2004 with a degree in Secondary Business Education (Certified grades 7-12).  She is married to Derek van der Merwe and has three stepchildren, Emily, Lauren, and Ian and a 1 ½ year old daughter, Patton. 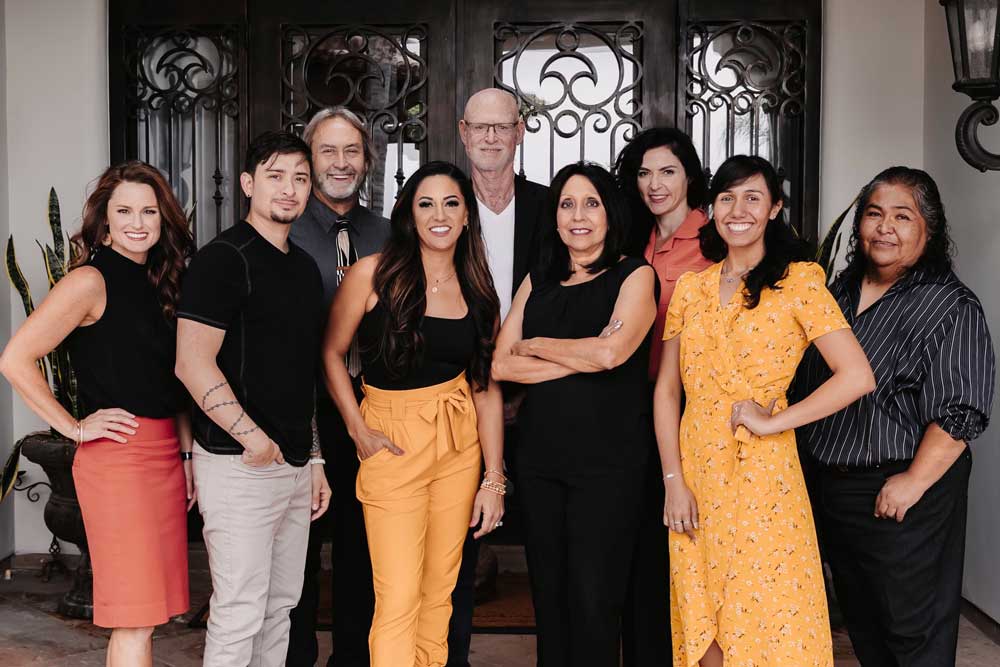 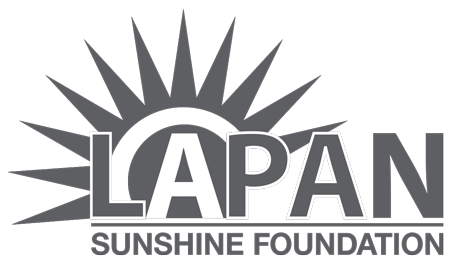